LOOKING FOR A STATE TRIAL NEAR YOU?

Click the link below for locations, dates and registration! 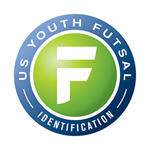 Assembling the very best Futsal players to train and compete under the guidance of  the United States Youth Futsal National Coaching Staff assures the highest level of futsal development possible.

Players may attend a Futsal ID Trial in any state available - if your state has a Trial date that you can not attend feel free to sign up for a nearby Trial.

Full-time U.S. Soccer Academy players are only permitted to participate in the U.S. Youth FUTSAL ID program during the Academy Off-Season and upon written permission from the applicable Academy Director of Coaching. Developmental players are eligible without restriction or requirement.

Our State Directors are among the most knowledgeable futsal trainers and administrators in the United States.

Please complete the application below.  For questions, contact Soorena Farboodmanesh.