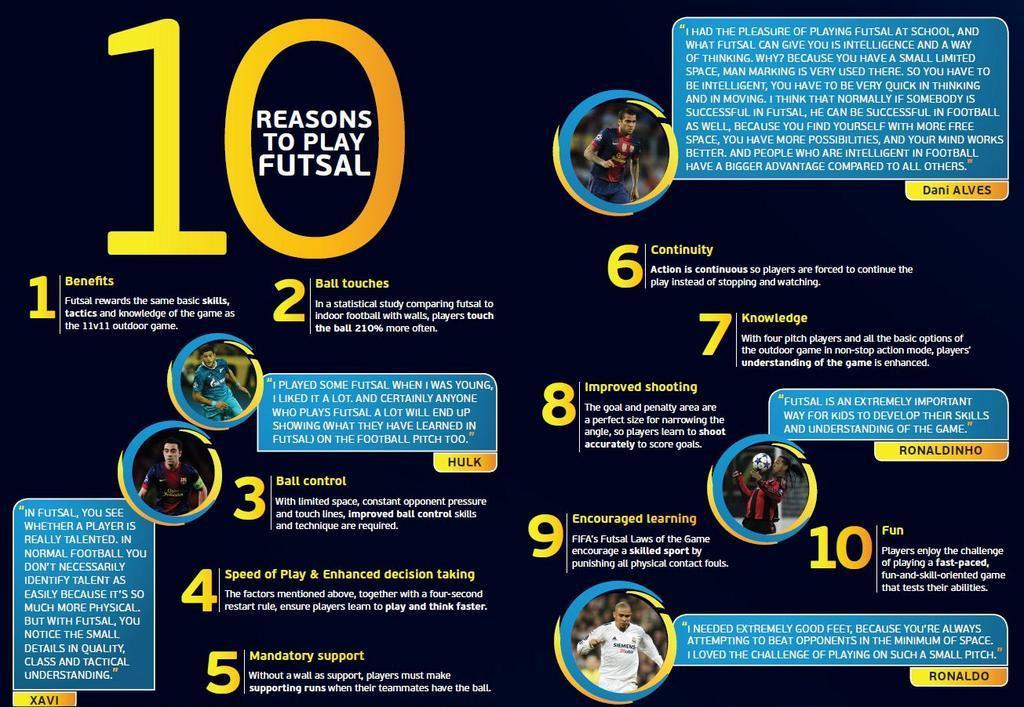 The 2021 US Soccer futsal certification process is now open at www.minnesotasrc.com for officials who plan to work US Soccer-affiliated futsal matches in Minnesota this winter.

3) If 18 or over, complete an MYSA Background Check and SafeSport training.

Questions on this process, please contact Jim Engelking at sac@minnesotasrc.com.

If you have an interest in joining the referee pool, please email us at admin@minnesotafutsalleague.com. To be eligible for consideration, you must be licensed with US Soccer as an outdoor referee and complete the online Futsal certification found at the Minnesota State Referee Website.

Thank you for participating in USYF.

USYF requires all staff members, registered coaches, and team managers take the U.S. Center for SafeSport.org online course link which covers sexual abuse, hazing, bullying, emotional and physical misconduct, and the new, mandated by law reporting obligations. You will receive a code to take this course for FREE and the link after you register. Upon completion of the SafeSport Course, you will need to upload your Certificate to your USYF coaching profile.

"A player's safety on a futsal court is of paramount importance to our entire organization," said Jon Parry, Executive Director and founder of USYF. "We want to set the highest of standards. The online training is free for USYF coaches and staff and the national background checks cost $10.00. Working together, we will provide the safest environment and raise the standards for futsal in America."

The cost for this background check is $28 for Canadian residents and $55 for all other countries.

Venues
We will use the courts at Minneapolis Sports Center at the Midtown YWCA.  To keep the playing surfaces clean and dry, please instruct your players not to wear dirty or wet game shoes into the facilities.

Referees
We are the only United States Youth Futsal sanctioned and United States Soccer affiliated futsal league in Minnesota. We use only US Soccer futsal - certified officials to call our games, assuring the game is played the way it should. In addition, we are the only Minnesota league that uses 2 experienced officials for U14 and older age groups.

Participating Teams
The Minnesota Futsal League is one of the largest youth futsal leagues in the United States.  Our goal is to create an exciting and competitive environment to help develop our players.

Age Divisions/Groups
Boys & Girls U8 - U19. We reserve the right to drop or combine divisions or age groups as needed.

Team Registration
Registration is NOW OPEN. You can email play@mnfutsal.com to request information on the upcoming 2021-2022 season.

Season Play
The season will run from November-March.

Conflicts
If you are unable to field a team for a specific week, it will be considered a forfeit.   If you plan on participating in the USYF Midwest Regional Futsal Tournament or the USYF National Tournament, please indicate that in the conflict section of your registration.

IMPORTANT COACH INFORMATION
There is no coaching license required to coach a team. Each team must have an adult (responsible person over the age of 18) present on the bench during games.  Any adult who is registered with the team as a coach or manager can sit the bench.  This is a great option for teams with outdoor coaches who want to take a break, but still want their teams to have fun and play.  Per USYF Safety Guidelines, all Coaches and Managers must complete a Background Check.

Game Scorecards
Before each game, a pre-printed game card will be available from the referees. The cards will be populated with player names and numbers. Please check the cards for accuracy and then hand them back to the referees before the game begins. At the end of each game, the referee will hand the bench coaches the completed game cards. The coaches are to sign the cards and in doing so, verify the score. The scores on the signed cards are official and will be entered into the standings.

Competition Format & Rules
Official futsal FIFA Rules and Regulations as stated under the Laws of The Game will be enforced. Exceptions are noted below under House Rules.

House Rules to the Laws of the Game

Player Registration Fee - All players must be registered with USYF and releases signed by player/parent/guardian (P/P/G).  The fee is $13.50 per player and is completed online only.  When the team manager inputs a player into the roster, an e-mail is sent to P/P/G with instructions as to how to complete player registration.  There is no fee for managers, coaches, or assistant coaches, unless they are also players.

Roster Cards and Game Day Roster Sizes
We will institute the issuance of roster cards. To be eligible to play, each player must be listed on the approved roster card issued by the league. Roster cards are issued only after full payment of fees, signed Medical / Media Release forms have been received and all players have been registered online. We will conduct a team check-in prior to the team's first game.  Players do not need to be present.  The team manager will be asked to provide player passes (we will accept MYSA and/or US Club) or a copy of birth certificate for each player at check-in.  Rosters will be frozen as of February 1st and no additional players may be added after that point.

Pre-game Check-In
Roster cards will be checked before games.  This is to assure that all players are registered and the league remains sanctioned by US Youth Futsal and affiliated with US Soccer.  Team managers are to carry the roster cards with them for inspection before games.

Game Balls
We will provide the game ball. Size ball used by each age group:

Equipment
The wearing of shin pads will be mandatory for all players. Indoor, flat soled soccer shoes also must be worn.

Forfeited Games
If a team fails to show for a scheduled match, the referee shall allow a 5 minute grace period. After the 5 minutes, if the team has not yet arrived or does not have enough players to field a team (3), the game will be forfeited. The game will be tallied as a 3 to 0 loss for the forfeiting team and a 3 to 0 win for their opponent.

If the referee terminates a match for reasons other than an act of God or field conditions, the Minnesota Futsal League Administrators will decide the result of the match after hearing the official reason from the referee, and both coaches.

Teams forfeiting a match will not receive a refund on their registration fee.

Forfeited games are recorded as a 3 - 0 loss.

Minnesota Futsal League Point System and Tiebreakers
The determination within the group standings is as follows:
3 points for a win
1 point for a tie
0 points for a loss
Forfeited games are recorded as a 3 - 0 loss

Ejections - Red Cards
If a player is ejected from a match, the player’s pass together with a referee’s report of the incident shall be turned over to the league administrator by the referee.

The minimum penalty for an ejection is that the player shall not be permitted to play in the immediate next match.

The maximum penalty, after review by the league administrators, may result in the individual players or teams’ expulsion from the competition.

If a player is ejected from a match the referee will hold onto the player pass, document red card on the back of the score sheet and present it to the league administrators. The player will have his/her pass returned after a minimum one game suspension.

Coach Ejections
If a coach is ejected from any match, a referee’s report of the incident shall be turned over to the league administrator by the referee.

The minimum penalty for an ejection is that the coach shall not be permitted to coach or remain on the player’s bench in the immediate next match.

The maximum penalty, after review by the league administrators, may result in the individual coach or team’s expulsion from the League.

Games Cancelled by Opponents
If an opponent cancels a game or does not show for the game, the other team may use the scheduled game time for their use. There are no refunds for games cancelled by opponents. If a team must cancel, call the league administrators as soon as possible so we can notify the referees and give the other team a chance to plan accordingly. Cancelling a game not only short-changes your team, but your scheduled opponent.

Games cancelled by Facilities
We reserve the right to postpone or cancel games at any time for any reason. The Minnesota Futsal League plays games in all weather and only cancels games if the facility cancels.  Cancellations are very rare events, so teams should plan on playing.  If there are games cancelled, reschedules are not guaranteed and refunds for cancelled games will not be provided.  For the 2021-2022 season, if the league is cancelled due to Covid, a pro-rated refund will be issued for each team.  The prorated fee will be based on number of matches played minus any non-recoverable administrative expenses.

Referees
If you have an interest in joining the referee pool, please email us at admin@minnesotafutsalleague.com. To be eligible for consideration, you must be licensed with US Soccer as an outdoor referee and complete the online Futsal certification found at the Minnesota State Referee Website www.minnesotasrc.com/.

Additional Questions
If you have any additional questions or concerns, please feel free to contact us at admin@minnesotafutsalleague.com.