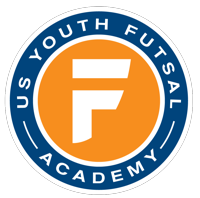 Academy is more than a word and we are proud that TC Sala Academy has met the standard to be one of only 20 programs in the United States that can wear this badge.  Our goal is simple, to develop players and create environments of learning where youth players can grow tactically, technically, and personally on a Regional and National platform.

We were recognized as one of the top Futsal Academies in the country last year having 11 teams qualify for the USYF National Championships in 2021, 3 of which advanced out of group play, 3 reached the semi-finals, and our 2006 boys finished as Finalists in the 2021 National Championships.

In addition, 18 TC Sala Academy players were selected to either the first team or the reserve pool for the USYF International Teams that will be heading to Madrid this winter.  A special congratulations go out to the following superstars:

Our Academy teams are led by the top Futsal coaches in Minnesota and we will use the same cutting edge developmental methods used with the US Youth National programs.  We are looking to form boys and girls teams in birth years 2013-2004.

Tryouts will be held November 6 at the Minneapolis Sports Center

If selected to an Academy Team, players will commit to training with their Academy team 1x/week (on Saturday mornings) and playing in a few events including the USYF Regional Championships, USYF National Championships, USYF Academy League and USYF Academy Cup. Cost will be $110/month from Nov - July.  Academy members can also attend any TC Sala Development Center when space allows at no additional cost.

We also want to remind everyone that we truly enjoy bringing all the kids together, but please know that Academy sessions and events should never conflict with a home club commitment. This is always a development experience for our players in addition to their club environment, never instead of.  If there is ever a conflict, our expectation is that the player would attend their club activity and miss the Academy training or event.

We are ready for another year of development and can't wait to see our kids competing on that stage again.  Players will need to attend a tryout or speak with one of the Directors to be selected for an Academy Team and tryouts will be held November 6.  We are planning to field teams for boys and girls from U9-U18.