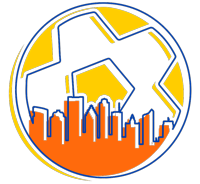 Age Divisions/Groups
Boys & Girls U7 - U17.  Houston Futsal League reserves the right to drop or combine divisions or age groups at anytime.

Team Registration
Registration Is now open and will close on 02/24/2022.

Season Play
Games begin in March (TBD) and the season ends by May (TBD).  Due to the combined league size and composition the customary schedule could affect the target plans. The schedule is dictated by the court times we secure from the facilities.

Teams will be scheduled to play 8 games

Conflicts
Conflicts/Requests – Submission Deadline  February 24, 2022
There can be no guarantees. All conflict and requests must be entered on-line using the "comments" section of the team's detail page.  Email or telephone requests made to Houston Futsal League staff will not be taken into consideration as the scheduler creates the season’s schedule. Please only one entire weekend conflict is allowed per team.  We will schedule around everyones needs if possible.  We give priority to teams with the multiple team coaches in order to schedule back to back games for them.

CONFLICTS NOT ENTERED IN THE CONFLICT BOXES BEFORE THE REGISTRATION DEADLINE WILL NOT BE TAKEN INTO CONSIDERATION.  Even if you had previously e-mailed us, talked with USYF staff or any other type of communication regarding a conflict or request , IT NEEDS TO BE ENTERED HERE OR IT WILL NOT BE TAKEN INTO CONSIDERATION.  If you have no conflicts or coach multiple teams, put NA in the box., put N/A in the "Conflict Comments" box.

Playing time requests cannot be considered in fairness to the other team in your bracket, such as “we only want to play on Saturday afternoons”. Generally, we try to schedule the younger teams to play earlier in the day, but often an age group will utilize all the availability in a venue so it is possible that a "younger" team could play a late evening game.

IMPORTANT COACH INFORMATION
There is no coaching license to coach a team. Any adult who is registered with the team as a coach or manager can sit the bench pending his/her background check and his/her completion of the SafeSport certification.  This is a great option for teams with outdoor coaches who want to take a break, but still want their teams to have fun and play.

Coaches with multiple teams
We will accommodate coaches with multiple teams by attempting to schedule them with back-to-back games at the same facility as much as possible.  We have been very successful in the past, so you are encouraged to split your outdoor teams into two futsal teams, and we will make every effort to schedule your games back to back, however, there may be an occasional gap (one hour) between games if there are multiple sister teams in a bracket.  If you coach more than two teams and need to be all the games, please indicate that specifically in the comments section on your team's detail page.  We will make every attempt to accommodate this request (coaching more than two teams), however, due to various factors, such as different age groups playing in different facilities and court availability, this may not always be possible.  A coach will most likely have to go from one school to another for each division. We highly recommend that you have an assistant coach (s) to help in this circumstance.

It will be very difficult to schedule coaches back to back when they coach one team in a one referee age group (U14 and younger) and another team in a 2-referee game (U15 and older).

Game Scorecards
Before each game, a pre-printed game card will be available from the referees. The cards will be populated with player names and numbers. Please check the cards for accuracy and then hand them back to the referees before the game begins. Upon completion of the game, the winning coach should sign the card and return to referee

Competition Format & Rules
Official futsal FIFA Rules and Regulations as stated under the Laws of The Game will be enforced. Exceptions are noted below under House Rules. You may print up a copy of the Laws of the Game at our website www.hou5ton.com

Player Registration Fee - All players must be registered with USYF and releases signed by player/parent/guardian (P/P/G).  The fee is $13.50 per player and is completed on-line only.  When the team manager inputs a player into the roster, an e-mail is sent to P/P/G with instructions as to how to complete player registration.  There is no fee for managers, coaches, or assistant coaches, unless they are also players.

Roster Cards
Houston Futsal League will institute the issuance of roster cards if required. To be eligible to play, each player must be on the roster. Roster cards are issued only after full payment of fees, signed Medical / Media Release forms have been received and all players have been registered online.

Pre-game Check-In
Roster cards may be checked before games.  This is to assure that all players are registered and the league remains sanctioned by US Soccer.  Team managers are to carry the roster cards with them for inspection before games.

Do not bring outdoor balls into the facilities. They are not allowed for warm-up. Only futsal balls are allowed.

Equipment
The wearing of shin guards will be mandatory for all players. Indoor, flat soled futsal shoes also must be worn.

Forfeited Games
If a team fails to show for a scheduled match, the referee shall allow a 5 minute grace period. After the 5 minutes, if the team has not yet arrived or does not have enough players to field a team (4), the game will be forfeited. The game will be tallied as a 3 to 0 loss for the forfeiting team and a 3 to 0 win for their opponent.

If the referee terminates a match for reasons other than an act of God or field conditions, the Houston Futsal League Competition Committee will decide the result of the match after hearing the official reason from the referee, and both coaches.

Teams forfeiting a match and the opponent of a team that forfeited will not receive a refund on their registration fee.
Forfeited games are recorded as a 3 - 0 loss.

The determination within the group standings is as follows:

Forfeited games are recorded as a 3 - 0 loss

Coach Ejections
If a coach is ejected from any match, a referee’s report of the incident shall be turned over to the  League administrator by the referee.

The minimum penalty for an ejection is that the coach shall not be permitted to coach, remain on the player’s bench or in the facility in the immediate next match.

The maximum penalty, after review by the Competition Committee, may result in the individual coach or team’s expulsion from the League.

Games Cancelled by opponents
If an opponent cancels a game or does not show for the game, the other team may use the scheduled game time for their use. There are no refunds for games cancelled by opponents. If a team must cancel, call the Houston Futsal League administrator as soon as possible so we can notify the referees and give the other team a chance to plan accordingly. Cancelling a game not only short-changes your team, but your scheduled opponent. Games cancelled by teams will not be rescheduled until the $100 reschedule fee is received by Houston Futsal League.

Reschedules
At time of registration, each team is allowed multiple conflicts if entered into registration system before registration deadline. If manager does not enter conflicts, no reschedules will be made unless a $100 rescheduling fee is received by Houston Futsal League.

Games cancelled by Facilities / Houston Futsal League
We reserve the right to postpone or cancel games at any time for any reason such as bad weather or facility problems. Houston Futsal League plays games in all weather and only cancels games if the facility cancels.  Cancellations are very rare events, so teams should plan on playing.  If there are games cancelled, reschedules are not guaranteed and refunds for cancelled games will not be provided.

Referees
If you have an interest in joining the Houston Futsal League referee pool, please email us at info@hou5ton.com To be eligible for consideration, you must be licensed with US Soccer as an outdoor referee.

Additional Questions
If you have any additional questions or concerns regarding the Houston Futsal League please feel free to contact us at iinfo@hou5ton.com or (281) 824-5764.