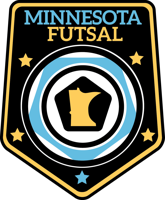 THE FINEST FACILITIES AND THE BEST, MOST BALANCED FUTSAL COMPETITION IN MINNESOTA!

We are THE ONLY futsal league in the Twin Cities sanctioned by United States Youth Futsal and affiliated with United States Soccer. We employ only US Soccer futsal certified referees for our games. The Minnesota Futsal League is the only league that provides 2 referees for U14 and older teams. We think it is critical that the older age groups have 2 experienced officials to call the game properly.

Looking for a Team?

If your club team isn't playing in Minnesota Futsal this winter, no problem.  We can help!  Click the link below to register your player.  We will work with the futsal community to either add you to an existing team or partner you up with other players also looking for a squad.  Invite a couple friends or teammates and we can make the process even easier.  While we can't guarantee placement, we'll do our best to make sure each person can play the beautiful game this winter.

Love to Play - Need a Team 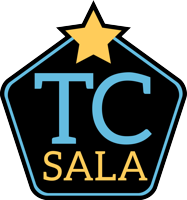 TC Sala Academy and Development Centers are back for another Year!

Minnesota Futsal is proud to announce that we are continuing our TC Sala Academy and Development Centers for the 2021-2022 season!
TC Sala Academy is THE ONLY certified USYF Academy in the state of Minnesota.  The Academy trains throughout the year and competes in the USYF Academy League as well as a few select Regional/National tournaments.  We are completely club neutral and our players represent many of the top clubs and programs from around the state of Minnesota.
We were recognized as one of the top Futsal Academies in the country last year having 11 teams qualify for the USYF National Championships in 2021, 3 of which advanced out of group play, 3 reached the semi-finals, and our 2006 boys finished as Finalists in the 2021 National Championships.
In addition, 18 TC Sala Academy players were selected to either the first team or the reserve pool for the USYF International Teams that will be heading to Madrid this winter.  A special congratulations go out to the following superstars:
BOYS:  Ati 2009, Graham 2009, Ian 2008, Cal 2008, Olivier 2007, Chris 2007, Charlie 2006, Evan 2005, Jack 2005, Tony 2004, Sam 2003
GIRLS:  Lou 2008, Sawyer 2007, Szofia 2007, Emma 2007, Jessica 2005, Adi 2004, and Carmen 2003!
We are ready for another year of development and can't wait to see our kids competing on that stage again.  Players will need to attend a tryout to be selected for an Academy Team and tryouts will be held November 6.  We are planning to field teams for boys and girls from U9-U18.

TC Sala Development Centers are the foundation of TC Sala and support training environments all around the metro.  Each Development Center will include 1.5 hour training sessions for kids that are looking to further develop their futsal skills. Sessions will focus on individual development and include best-practice training techniques used with our USYF National Teams. Whether your focus is making the USYF National Team or just improving your overall game, this is a great opportunity to learn from some of the top futsal instructors in the area. All sessions will be led by current United States Youth Futsal National Coaching Staff member Brian Catrine, 'The Maestro' Fernando Jimenez, UNW Head Coach and USYF Minnesota ID Staff member Greg Wheaton, USYF Minnesota ID Staff member Aaron Lindquist, or former United States Mens National Futsal Team Captain and current USYF National Coaching Staff member Todd Dusosky.

We are extremely excited to have such a talented coaching staff and look forward to developing the future of futsal in Minnesota!

All sessions will be on Saturdays at the Minneapolis Sports Center at the Midtown YWCA (2121 E Lake St, Mpls, MN).

All sessions will be held on Sundays from 5:30pm-7:00pm at University of Northwestern Ericksen Center (3003 Snelling Ave. N, St Paul, MN)

Times will be the same 5:30-7:00pm and the dates for each session are listed below.

We are excited to release a limited run of TC SALA merchandise for families.  Click the image to visit our online store at SquadLocker.

Save the Date!  Minnesota has been selected again to host the United States Youth Futsal North Regional Championship.  Come compete against some of the top teams in the Upper Midwest!  Tournament confirmed for January 28-30, 2022!

Teams that win their division will earn an automatic bid to the USYF National Championships in Kansas City.

CLICK HERE TO REGISTER FOR THE USYF NORTH REGIONAL CHAMPIONSHIP 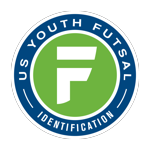 In collaboration with Minnesota United FC we are excited to host the MNUFC Academy Futsal Showcase.

Our showcase will feature some of the top soccer and futsal clubs throughout the Midwest competing in U9-U15 boys and girls divisions.  We are also excited to offer Open and Elite flights so teams may self-select into developmentally appropriate competition.

All games will be played at Shakopee High School.

Schedules for the weekend are now posted.

The event will feature:

CLICK HERE TO REGISTER FOR THE MINNESOTA UNITED ACADEMY SHOWCASE

Thank you for participating in USYF.

Power of Protection: As of August 1, 2018, USYF is proud to announce our new Player Safety Initiatives.

USYF now requires all staff members, registered coaches, and team managers take the U.S. Center for SafeSport.org online course link which covers sexual abuse, hazing, bullying, emotional and physical misconduct, and the new, mandated by law reporting obligations. You will receive a code to take this course for FREE and the link after you register. Upon completion of the SafeSport Course, you will need to upload your Certificate to your USYF coaching profile.

"A player's safety on a futsal court is of paramount importance to our entire organization," said Jon Parry, Executive Director and founder of USYF. "We want to set the highest of standards. The online training is free for USYF coaches and staff and the national background checks cost $10.00. Working together, we will provide the safest environment and raise the standards for futsal in America."

RT @619futsal: Make your own special moment at the @usyouthfutsal Southwest Regional Tournament hosted by #619Futsal. Learn more and regis…